Kid Street is part of Slattery Park which dates back to at least the early 1950’s. Kid Street was constructed in 1995 with a lot of volunteer labor. It is a hugely popular playground. The park’s facilities include a zip line. The site is part of the 10.2-acre Slattery Park was named for William Slattery, a political “boss” and coal merchant from the World War 1 to World War 2 era and was once part of the vast Somerset County Poor Farm. Township Committee Chairman, William Slattery was one of the first to greet John Basilone home on September 19, 1943. He was on the Bridgewater Township Committee in 1938 and 1939 and then became Chairman of the Committee in 1940 through 1944. 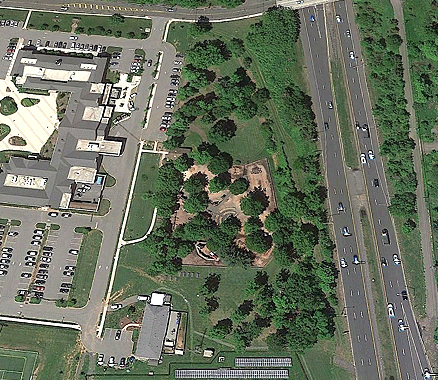