Alfred S. Brown Park was once part of the Studdiford Farm which dated back to about 1800 and it was so named at the request of Walter B. Studdiford. The park contains a large grass area which can be used for a variety of purposes when not in use for scheduled events. Its playground is surrounded by trees. It shares its entrance with Bradley Gardens School at the corner of Pine Street and Beach Avenue. This ten-acre park was constructed in 1997.

Alfred S. Brown was born in 1852. When William Bradley was buying many of the farms in the area, Alfred refused to sell and continued to be a gentleman farmer. He graduated from Princeton in 1875 and Columbia Law School two years later and went on to practice law in New York City. In 1917, this farm and a second one were managed by Walter C. and Anna Studdiford on a crop-sharing basis and as a dairy farm. Upon Alfred’s death in 1937 they purchased the farm. In 1947, Walter C. Studdiford passed away. In 1956 Anna shared the ownership with her son, Walter B., and her daughter. In 1959, 87 acres of the farm were taken over by the Somerset County Park Commission as part of Duke Island Park 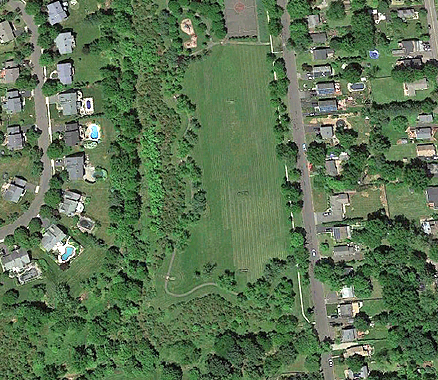